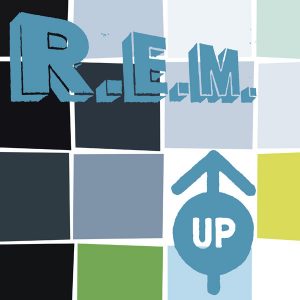 That’s incredibly facile, of course, because the flipside is that there is nothing in the world like playing music with a bunch of other people and watching and feeling everything falling into place, everybody anticipating and supporting what everybody else doing, tight and loose all at the same time, a thousand miracles happening at once because of an utterly inexplicable chemistry that is impossible to describe but everybody knows is there.

For 15 years — an incredibly long time — R.E.M. rode their inexplicable chemistry through their endlessly touring cult status days as well as their non-touring superstar days, and after 10 albums, they were still one of the greatest bands in the world.

And then Bill Berry decided he’d had enough and decided to stop making music.

I know that the way I’m writing this makes it seem like I consider Berry a villain. Nothing could be further from the truth: you can check the any of the previous of the thousands of Certain Songs posts I’ve written about R.E.M. over the past ten years, and the meanest thing I said was that it seemed like he’d kinda stopped writing great drum parts in the early 1990s, but even then, just yesterday, I pointed out how much I loved his drumming on “Electrolite.” He remains one of my all-time favorite drummers, full stop.

And yet, Peter Buck kinda knew: prior to the 1997 sessions where Berry made his announcement to the rest of the band, they’d all already started experimenting with drum loops and analog synths that would take the band in a different direction from their previous music. Elton John by way of Suicide, according to Buck.

And so, it’s my guess that Up would have sounded essentially the same with Berry. Maybe a few more acoustic drums, maybe some more harmonies, maybe a couple of great Berry songs. But otherwise the same.

As for me, I loved Up. I loved it as a break from what I expected, and I loved it as a delivery system for a slew of great R.E.M. songs that would work as great R.E.M. songs no matter the instrumentation. Like “Hope,” which is pretty much nothing but keyboards and drum machines, though if you listen through all of the beeps an boops and blurgs and blorts, you can hear a furiously strummed acoustic guitar and piano, too.

“Hope” doesn’t have a chorus, but rather a series of verses which Stipe sings over an ever-dense wall of sound to a melody line that is close enough to Leonard Cohen’s “Suzanne” that, to be on the safe side — especially since they’d previously covered “First We Take Manhattan” in 1991 so they were on record as fans — they gave him songwriting credit. I wonder if Cohen ever wished that they’d done it on an albums that sold zillions instead of the, er, moderately successful sales of Up.

And while I’d like to think that I would have loved “Hope” had they done it on a previous album, I well and truly wonder if that would have been the case. As much as I’d like to give myself the benefit of the doubt — those keyboards are sooooooo Eno — I think it would have been a curiosity on any of their previous records, whereas on Up, it’s a key cut. Also a bit of an outlier.

At the end, after Stipe finally runs out of words, all of the synths start crashing into each other like that’s the only way to stop the momentum they’ve created.