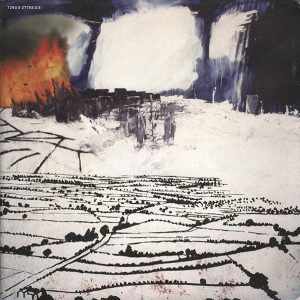 In a weird way, “Optimistic” fills the same space on Kid A that songs like “Police on My Back” did on Sandinista! — a reminder that they could do the old thing at any time, but that’s where they’re at anymore.

Meanwhile on the chorus, O’Brien continues to clang clattering chords while Greenwood does a subtle-yet-defining series of notes on his guitar as Yorke goes full falsetto.

With a bridge that features more wordless moans, Selway knocking the fuck out of his snare and Yorke moaning “I’d really like to help you man,” “Optimistic” is an absolute bruiser on all fronts, until it eventually kinda peters out, setting up the swirling disorientation of “In Limbo.”

Radiohead didn’t release any singles from Kid A, and given that it somewhat of a cultural phenomenon, radio programmers who felt like they had to play something from it naturally went with “Optimistic,” given that it was the most normal — though not catchiest! — song on the record.