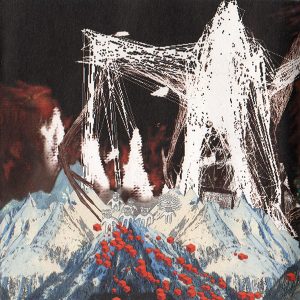 So I’m currently sitting in a jury assembly room, which is a stressful situation during the best of times — I think it’s important to do my duty as a citizen, but I hate the uncertainty and the potential disruption to my daily routine — but of course, these are the polar opposite of the best of times.

As I write this first draft, COVID-19 — and/or the shitty White House & GOP response to it — has cancelled events, stopped the NBA, decimated the stock market and even taken a shot at Tom Hanks. As I write this. By the time you read this next week, who knows what kind of insanity will have happened as what Hunter S. Thompson called THE FEAR continues to take over.

So it seems like a perfect time and place to write about my favorite Radiohead song, the apocalyptic “Idioteque.”

Driven by a crazed rhythm created by Jonny Greenwood, and anchored by swelling synth pattern sampled from minimalist composer Paul Lansky back in 1975, “Idioteque” is the furthest thing from a Radiohead song imaginable, and like the best Eno songs, sounds forever futuristic. Gorgeous and terrifying, like Galadriel if she wielded the One Ring.

It’s most gorgeous on the chorus, which can also be read as a riff on privilege:

Thom Yorke is in full falsetto mode here, his voice utterly soaring as he elongates time by elongating “tiiiiiii-iiiiiiimmmme”

So far, it’s been pretty amazing, but it’s the second verse of “Idioteque” which utterly slays me, as the synths all disappear and it’s just Yorke vs. the rhythm. Winner: us.

“This is really happening, happening” was probably written about climate change, it sure as shit resonates right this very second, where a glance at twitter tells me that they’re now cancelling at least part of the baseball season and the weather forecast predicts thunderstorms for the next few hours, which is pretty fucking rote, if you ask me.

Oh right, the song. In the second chorus, as Yorke is singing “Here I’m allowed everything all of the time” they start counterpointing with “And first, and the children”, which just adds an extra layer of madness, which is too much even for Yorke, it seems, as then disappears from the song for while, so it’s just the beat, and what sounds like the inside of madness.

OK, I gotta stop this.

And in fact, I totally forgot to mention that despite — or maybe because of — songs like “Idioteque,” Kid A was the album that solidified Radiohead as worldwide superstars, their first #1 in the U.S. Even OK Computer only made it to #1. None of the subsequent Radiohead albums went lower than #3, though obviously the sales curve dropped, which is why OK Computer remains their best-selling record. I’m guessing to this day that Radiohead fans argue which is the better record, and I think I’m on the OK Computer side, but just barely.

Also: this is such a fucking great live song, especially on the second verse when the drums kick in and Yorke does his head dance.