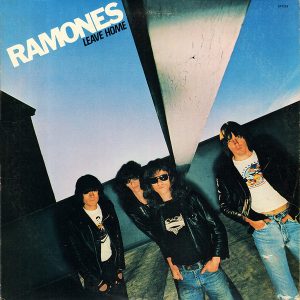 I was feeling sick, losing my mind
Heard about these treatments by a good friend of mine
He was always happy, smile on his face
He said he had a great time at the place

And like “Glad to See You Go“, “Gimme Gimme Shock Treatment” balanced those verbose verses with a compact, memorable and melodic chorus.

Let’s face it, once you hear that chorus — Joey gleefully asking to get his brain zapped — with what sounds like electrical explosions in the background for good measure, you aren’t likely to forget it.

Why is this Ramones song different from all other Ramones songs?
It’s the first of their songs about mental health, a genre that pretty much lasted through their entire career — by the end of the 80s they were titling albums things like Halfway to Sanity and Brain Drain. And while by today’s standards, some of these songs would probably considered wildly inappropriate, they’re also often quite funny.


“Gimme Gimme Shock Treatment Live at the US Festival, 1982