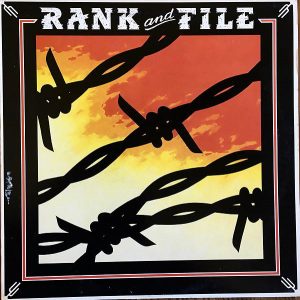 Kicking off with a meaty, beaty, big and bouncy Chip Kinman guitar riff that ricocheted off of Slim Evans drums before they settled into a hot railed two-step beat, “The Conductor Wore Black” was instantly arresting, so you paid attention when Tony opened his mouth.

I caught the train at the station at the tracks to the right
It had an engine as old as the moon
With my ticket in my hand, I waited for the man
And the whistle howled out of tune

That’s some pretty cosmic shit right there, and it pretty much skips the backstory: where is this station? How did he get the ticket? Where do the tracks to the left go?

None of that’s answered in the song, instead Tony continues with the seemingly simple.

It’s super cool, because the opening guitar riff is back again, but now it’s playing nice with the beat, as the train is in motion, and it ain’t gonna be stopped for any reason. And with his vocals almost breaking into a yodel on the second “traiinneeeeeennn”, he’s clearly having the time of his life. Or afterlife, as the case may be, as Chip joins in for the chorus.

I do wonder, though, what exactly the penalty is for getting on the train without a ticket? I mean, what’s the worse they could do? But of course, Tony’s not thinking about that, instead, he’s checking out the other passengers: black-hearted generals, men without hearts at all, rounders with blood on their hands, and their cousins lining the aisles. Tony’s singing on “aiiii-ulllllllllssss” is awesome, by the way. In any event, after a long guitar solo, Tony sums it all up.

And you gotta wonder which one Tony is. Is he a rounder? Is he a blackguard? It’s never specified. And before you can ask, the train picks up speed and steams away as fast it it possibly can, because you know that’s gonna be back for more.

While this song is so obscure that I couldn’t even find the lyrics on the internet anywhere, I think that “The Conductor Wore Black” is an enduring classic.