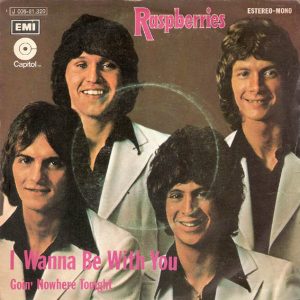 If the chorus and song structure of “I Wanna Be With You” was less complex than “Go All The Way,” it sure as shit wasn’t any less catchy, as that initial chorus was followed by the even catchier post-chorus, featuring a near-Phil Spector beat as they continued cramming five different types of pop moves into a single moment.

Well tonight (tonight)
The night (the night)
We always knew it would feel so right
So come on baby, I just want to be with you

It was all gravy after that, with a cool little sax-driven modulated bridge that was almost too eager to get back to the chorus — though, who could possibly blame it, as the second half was basically the chorus over and over and over, with the sax sticking around to join the rhythm guitar to drive “I Wanna Be With You” to its fade.

And while “I Wanna Be With You” wasn’t as massive of a hit as its predecessor, it still made a pretty respectable #16 on the U.S. charts, and holds the distinction of being the first Raspberries song I ever heard. One of the weird things that I seem to remember is that I don’t really remember hearing any of the big Raspberries singles that much on KYNO. 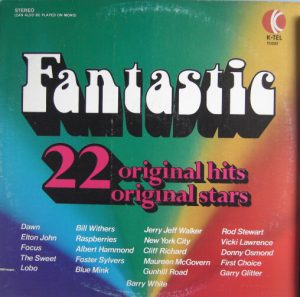 But, in 1973, I bought a K-TEL album called Fantastic! 22 Original Hits 22 Original Stars, and while I had heard stories that some of these types of albums had re-recordings of the songs by sound-alikes, I was assured by the title that this wasn’t the case.

And it had a lot future Certain Songs songs on it, “Lean on Me,” “Little Willy,” “Rocket Man” and, of course, “I Wanna Be With You.” 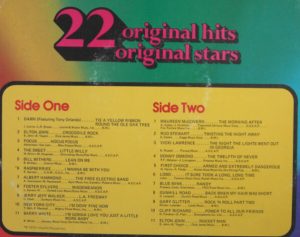 Of course, what I didn’t know when I bought it, but discovered later, was in order to cram 22 songs on to an album, even 22 Original Hits, they had to truncate some of the songs. Which in the case of something like “The Night The Lights Went Out in Georgia” or even “Hocus Pocus” (which shoulda been a Certain Song and might be someday), I’m not sure how they did it, exactly.

I’d love to find out now, but that record is long long gone. In any event, “I Wanna Be With You” was a favorite and standout from that record, making it arguably — depending on how you feel about “Little Willy,” — the first power pop song I ever owned.

“I Wanna Be With You”