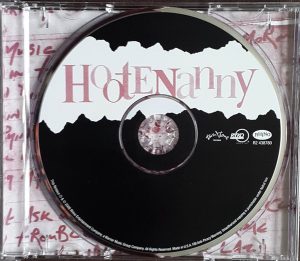 Going to the party that we weren’t invited

I would never claim that “Hayday” is one of Paul Westerberg’s greatest songs, however, I would claim that it’s easily my favorite song from Hootenanny, as pure of a blast of fucking punk rawk that the Replacements ever committed to vinyl.

Starting off with Paul’s yawp of “Hit it . . . Bob! just seconds before Chris Mars explodes the whole song with a double-time double-down on his drums, desperately drilling straight down the center of the road, as Paul starts singing, his voice exploding with joy, maybe because he’s come up with his best opening couplet yet.

So another song about a party, eh? I was going to say that it even the same party he describes in “Color Me Impressed,” but you know that the ‘Mats were going parties all the time. That’s part of the point of the song.

Also, one more super cool thing: the space they leave between after each of those lines, which is going to give Bob some space to let fly just after the chorus. Which is fucking awesome.

Man, I love this chorus. Paul’s singing is the perfect combination of knowing and not caring, and I love the self-knowledge — and contradiction — of calling his heyday “tedious,” and then telling himself to shut up. All of which at a speed so fast that — at least on the Live at Maxwells version — they would play it slower live. Like some really great stims in the studio that day.

And now, Bob Stinson has joined in, and after each of these lines, he’s trying cram in 345 notes, adding even more weightlessness to the song, just as Paul’s trying to make it heavier as they steam across the bridge.

And then, somehow, Chris Mars ups the tempo and Bob Stinson stays right there with him. And in fact, though he’s buried in the mix, Bob pretty much never stops soloing for the rest of the song — which, come to think of it, is probably why he’s buried in the mix — which is basically Paul singing variations on “heyday, my little heyday” while Bob solos and Chris Mars tries to break through his snare drum.

I also have a weird memory of Kirk and I DJing like, a Mormon youth party — where we had to sign a contract saying we would not play songs about drugs and alcohol (so one hand tied behind our back already) where we were the cool guys from the college radio station playing our cool college radio music. And some kid asked for hardcore, so I played “Hayday.” Which went over about as well as you might think. I should point out that Kirk doesn’t remember that, but rather that all the kids wanted to hear “Red Red Wine,” which we were contractually obligated not to play.

So it’s possible it was a KFSR Night at McGuffey’s.