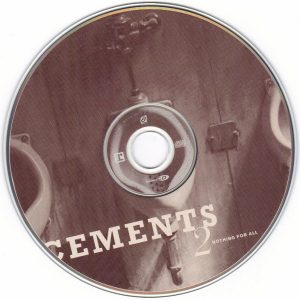 By that time, the nature of my relationship with the Replacements had changed. Back in the 1980s, I was by no means the only Replacements fan that I knew, but they weren’t like R.E.M. or U2 or The Smiths where there were large groups of fans who would congregate to listen to their music. But when I got online in the early 1990s, that all changed. The first PC I bought in 1993 came with a subscription to Prodigy, an early online service. And so, after signing up, I went in search for fellow music fans on two different message boards: The Replacements and Bob Dylan.

I’m sure I also looked at Neil Young and R.E.M., but the former wasn’t quite so active and the latter was too active, so Dylan and the ‘Mats were my first online communities, and the ‘Mats boards was where I realized that there were people my age all over the country who’d had many of the same experiences with the Replacements and local scenes that I had. And so I made friends, some of whom I even met IRL, and many of whom I’m still in touch with nearly 30 years ago. Hell, they’re even reading these words.

And so while they’d sent me cassette bootlegs of various outtakes, I don’t think any had the fidelity of some of the key outtakes that drove Nothing For All, which was the best ‘Mats collection since Pleased to Meet Me and the most eclectic since Hootenanny. And so their covers of “Cruella De Vil,” “Another Girl, Another Planet” and “Like a Rolling Pin” stood shoulder-to-shoulder with b-sides like “Date to Church” or “Election Day” and Tommy & Chris songs like “Satellite” and “All He Wants to Do is Fish.” Some of these I’d heard — cassettes and singles and compilations — and some of them I hadn’t.

And then, right in the middle, there were a pair I hadn’t heard, a pair of songs from the original, aborted sessions for Don’t Tell a Soul.: “Wake Up” and “Portland,” both of which floored me for different reasons.

We’ll get to “Portland” next, but “Wake Up” is one the most Replacements-y song the Replacements ever recorded. Over an absolutely motorvatin’ hardcore beat from Chris Mars, “Wake Up” is an electric jolt to the head from the instant it starts.

Every time Paul sings “Tooooop of the morning” — which is, of course, associated with a much more dignified waking up ritual than Paul describes — you can hear that moment of fear and confusion when you jolt awake not remembering how you got to sleep. Making it a group thing: the harmonies on “wake up and wonder where you are” which come after the whole band just wailing away on the same two chords four times in a half second.

The whole song is pure and utter chaos. Far more out of control than anything they’d recorded in their Sire phase, even “I Don’t Know.”

But in all of the chaos and confusion, there’s also a sense of “holy fuck, I’m STILL doing this?” Which was new. When Paul asked “can you stand me on my feet?” in “Color Me Impressed” it was almost a brag, but “wake up and wonder where you are” was anything but, the desperation of the performance matching the desperation of the lyrics. Which isn’t to say that “Wake Up” isn’t a whole helluva lotta fun, because it sure enough is, a prime combination of loud, fast and funny. And the last truly great balls-to-the-wall punk rock song they’d ever record.

And the second I heard it, I thought “why the fuck didn’t they put this on Don’t Tell A Soul?” Yeah, sure, it wouldn’t have fit at all. Which is exactly why they should have.