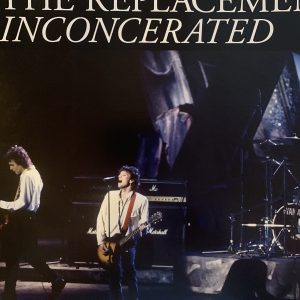 Of course, by that time, I’d been listening to the live version for three decades, so it probably never even had a chance. Said live version, of course, was featured on the promo-only Inconcerated — about which, more tomorrow — and totally changed my mind about the song.

Maybe it was the live energy, maybe it was the just the two guitars and three vocalists (check Tommy’s screams in the last verse), or maybe they had figured out how to put it across — listen to how Paul’s and Slim’s guitars play off of each other — but a song that was just fine suddenly became a song I loved, especially the call-and-response chorus.

I love the sneakily winding hook that Slim plays throughout the chorus, and I also love how Paul is confident enough on the second chorus to lay out and let the audience gleefully shout “Is better than here!”

Of course, that could just be laziness on Paul’s part, too. Either way, the whole thing is just fantastic, giving a whole new dimension to the song.