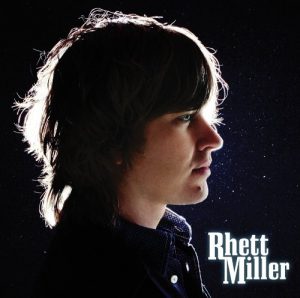 The planet is covered in steel
Yeah, the moon goes on wasting its light
While the widow is watching the reel
It won’t keep her warmed at night

In any event, the most compelling song on Rhett Miller was the speedy glam-rocker “Happy Birthday Don’t Die,” which was sent in the year 2106, just six years before 2112, and I am arbitrarily declaring is set in the same universe. (And a reminder that there are people currently alive who will be listening to “2112” in the year 2112. Assuming we make it that far.)

There is some speculation is that the subject of the song is Miller’s own daughter, who was born in 2006, and has a quite a life in store for her.

She gave birth to seven grown men
Oh, and then they each had seven more
She would do it all over again
But the soles of her feet are sore

Even with all the space noises and references to a dystopian future where one of her grandchildren is the seventh son of a seventh son — Jack White reincarnated! — the genius of “Happy Birthday Don’t Die,” is the catchy-as-fuck chorus.

I mean, even out of context, this is a pretty good birthday song, even if it might seem a little bit dark, what with the whole “don’t die” part at the end. But hey, that just makes it more real, and in a just world, this might even rival “Birthday” as a rock ‘n’ roll birthday song.

In any event, “Happy Birthday Don’t Die” has one more cool thing up its sleeve: after the final chorus, it comes to a complete stop, seemingly dead. After a few seconds, however, it revives and spends the next 90 seconds in dual guitar solo plus SPACE noises rave-up mode. It’s totally unnecessary, which just makes it that much more fun.