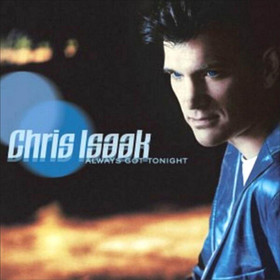 American Boy,” of course, was the theme song for The Chris Isaak Show, and became one of my favorite Chris Isaak songs almost completely based upon that association.

And maybe someday, those rights issues will get resolved and future generations will go “wait, the ‘Wicked Game’ guy had a TV show?”

But probably not. And that’s too bad.