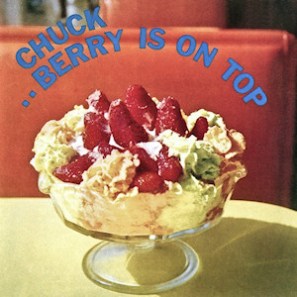 I’m gonna write a little letter,
gonna mail it to my local DJ
It’s a rockin’ rhythm record
I want my jockey to play
Roll Over Beethoven, I gotta hear it again today

You know what? The day I’m writing this — nearly two weeks before you’re gonna read it — is a shitty day. One of the worst days I’ll ever have, as I got some really bad, life-altering news this morning. I’m only writing at all because I have a few minutes free — and it’s you know, what I do, I guess — and you know what? “Roll Over Beethoven,” a song that I’ve heard approximately 5,694,875,634 times in my life, is making me feel better.

That folks, is how you write a bridge in a rock ‘n’ roll song. Not only does it add extra momentum to the song, it’s damn good advice. Reel and rock it. Keep moving. Good advice in 1956. Good advice in 2015. Good advice forever and ever world without end amen.