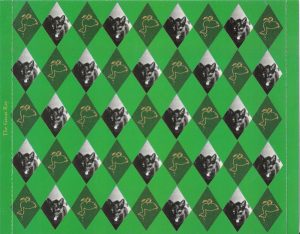 And so I do wonder how Warner Bros thought they could market a song like the shimmering, psychedelic “Beautiful Queen,” which rode in on a skipping drum beat and backwards guitars and the following opening verse:

Give me your mascara and your phosphorus
You and I are higher than the loft
Gliding through the snowdrifts in a miniskirt
Glistening and olive, yeah, but soft

Obviously, psychedelia had been part of Robyn’s makeup all along, but not since “Airscape” had he been so explicit, so “Beautiful Queen” was an ever-changing kaleidoscope, especially on the chorus.

I love the way the guitars shine around the chorus, and then after the first chorus, the whole song stops, and we get a burst of trumpets as Robyn sings:

And after the second chorus, it not only goes into the stop-time part, but follows that up with waltz-time part where Robyn asks “won’t you thrill me again?” after which “Beautiful Queen” launches into orbit once more, eventually fading out on a choir of “ahhhhhhhhhhhh”.