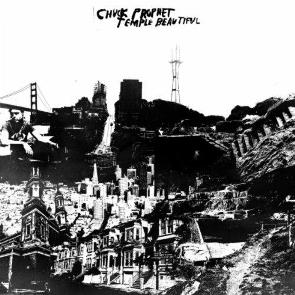 For over thirty years now, the one of the best ways to discover new music that I know I’m going to love isn’t via magazine or internet or radio, it’s via Tim or Kirk. Even when we were all living in different cities in the 80s & 90s, there were very few phone calls or letters that didn’t have some discussion of what we were listening to.

For awhile, we even had a hard drive that we passed around our latest .mp3 rips, but nowadays it’s usually hanging out at each others houses and something comes on one of our omnipresent mixes and it’s “hey, what’s that?” or “hey, have heard this?”  Obviously we all have different tastes – roughly Tim is more poppier and Kirk is more experimental, but given that we’ve all dedicated a huge chunk of our lives to seeking out music, it it can come from anywhere.

Like Temple Beautiful, the amazing Chuck Prophet record that Kirk recommended during a Medialoper Bebop podcast and turned out to have one my most recent favorite songs, “The Left Hand and The Right Hand.”

Chuck Prophet was the guitarist in Green on Red way back in the day, but he’s had over a dozen solo album, not a single one I ever listened to until Temple Beautiful, a collection of songs about San Francisco, which was good enough of a hook for me to check it out.

“The Left Hand and the Right Hand” is – according to Prophet – about Jim and Artie Mitchell, legendary strip club proprietiers, but with lyrics like

Video for “The Left Hand and The Right Hand”