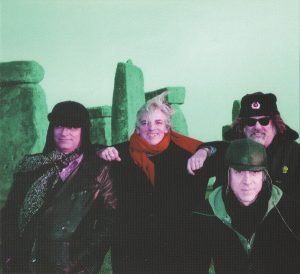 The centerpiece of Ole! Tarantula is just a plain ole classic Robyn Hitchcock song, starting out with the intertwining of Robyn’s and Peter Buck’s guitars, and featuring some spot on backing vocals when needed.

Oh, and it’s on the short list of Prettiest Songs Ever Recorded, Robyn Hitchcock Division. So there’s that.

And so if that first verse is basically just the guitars and Robyn’s voice, when it kicks in for the chorus, it’s utterly irresistible for me.

There’s a hit of nostalgia here, and a hint of sadness and maybe even regret, but with Scott McCaughey, Chris Ballew and Sean Nelson hitting the harmonies, a feeling of freedom and even triumph. Or maybe that’s because some of my favorite memories are of riding in a car in San Francisco, even though it’s not necessarily the most car-friendly city. Or maybe even because.

It all comes to a head in the last verse, with the the backing vocals now fully interacting with Robyn as the jangling guitars have been accompanied by slide which is commenting on the action.

Not gonna lie: I love both the callback to the first verse and the Dylan reference, like he wrote the entire rest of the song to get to “this Briggs will explode,” which he probably didn’t, but still.