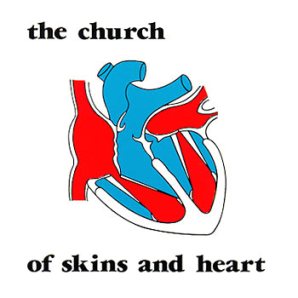 In a weird way, it was minor miracle that three of the 1980s jangly-guitar bands all started at around the same time on three entirely different continents. I’m talking of course, about The Smiths, R.E.M. and The Church.

If you’ll allow me to get theoretical for a moment (and tough if you won’t, cos I’m gonna), while all three bands were definitely musically related, they all took their influences into completely different directions.  R.E.M. initially went the direction of folk-rock; The Smiths towards Brit-pop, while The Church – who had two great guitarists as opposed to one world-changing guitar player – went deep into psychedelia.

And early on, when they wed their psychedelic tendencies with killer hooks, they produced singles as thrilling as “The Unguarded Moment,” which was probably the first Church song that non-Aussies like me even heard.

With its instantly arresting riff, the slow build on the verses, Peter Koppes’ high harmony on the chorus, and a big deep melody to boot, “The Unguarded Moment” absolutely captivated me from the moment I heard it. Steve Kilbey’s voice was — still is — like no one else, Marty Wilson-Piper & Peter Koppes’ guitars ran circles around each other and Richard Ploog understood that laying back on the verses made the chorus that much more powerful.

The best part is the end, when Kilbey and Koppes trade vocals back and forth over a classic early 80s power-pop guitar chum until the last guitar solo rises out of the depths to bring up the main riff one last time to end the song pretty much how it began.