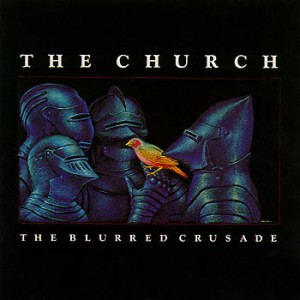 I love the opening of “Just For You.” It’s just somebody noodling on an acoustic guitar, when suddenly there’s a knock at the door, and someone — let’s assume it’s Steve Kilbey — goes to answer the door, and you know who’s there?

It’s the song!! Which comes flooding through the door and into your speakers in all of its gorgeous folk-rock glory.

They never sounded more like R.E.M. on this song, and it came out a full year before Murmur. Listen to how the electric guitar sneaks at the end of the verses just before the chorus, which is is pretty as they come:

But of course, the place where The Church went that R.E.M. could never follow was the long soaring guitar breaks by Peter Koppes & Marty Wilson-Piper. The first one in the middle, after they bring in a harpischord — because why not? — and then at the end, putting a capper on the song by sending it skywards straight into jangly guitar heaven.

Fan-made video for “Just For You”