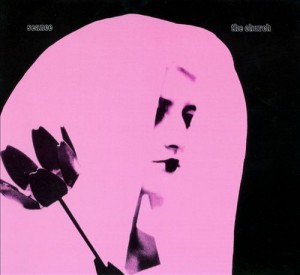 Normally, following an up album as uptempo as The Blurred Crusade with a record as slow and atmospheric as Seance would trigger off huge warning bells for me, but as it turns out, 1983’s Seance is my favorite album by The Church, full of long slow dreamy make-out songs with big echoing drums and soaring guitar solos.


But of course, my favorite songs are on the record are the uptempo rockers, like “One Day,” which emerges from the lush table-setter “Fly” dripping with feedback and a memorable double back beat on the snare. Also memorable: the mobius strip of a riff that that anchors the entire song. It’s such a great hook that you’re singing along with it in your head before Steve Kilbey even gets to the first verse.

Tell me, is everything unplanned?
It’s all so unexpected that I just can’t understand
We run so hard and always end up in the same place
Glad that went so smoothly well, that never is the case

One day doubtless, cloudless, bright
We’ll shake away the shadows of eternal night
It’s just the storm before the calm
Like the life held in your palm it’s clay, one day

When the guitar solo comes in, it’s so controlled, it could almost be a riff from a completely different song, and near the end, they throw in yet a third guitar part that kicks the song even higher. It’s like Marty Wilson-Piper and Peter Koppes were playing “Can You Top This?” with their guitar riffs, and the winner is, well, us!

Fan-made video for “One Day”