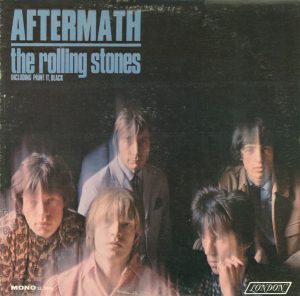 My sweet Lady Jane, when I see you again
Your servant am I and will humbly remain
Just heed this plea, my love
On bended knees, my love
I pledge myself to Lady Jane

My dear Lady Anne, I’ve done what I can
I must take my leave for promised I am
This play is run, my love
Your time has come, my love
I pledge my troth to Lady Jane

And then after the second verse, Jack Nitzsche come in with a harpsichord, adding even more solemn grandeur to the proceedings — it’s a million miles away from the sitar-driven psychedelia of “Paint It Black,” not to mention the garage frenzy of “19th Nervous Breakdown,” and yet it still somehow works.

Oh my sweet Marie, I wait at your eaves
The sands have run out for your lady and me
Wedlock is nigh, my love
Her station’s right, my love
Life is secure with Lady Jane

One would be tempted to say that the “sweet Marie” referenced in this final verse is a reference to Bob Dylan’s “Absolutely Sweet Marie,” but given that both songs were recorded within days of each other, it has to be a coincidence. Unless, of course, Bob and Mick were texting lyrics back and forth to each other, it’s safe to say that neither was stealing from the other.

Not so, of course, Neil Young, who infamously used the melody whole on his post-midnight breakdown song “Borrowed Tune” for the very honorable reason that he was “too wasted to write my own.” Unlike poor Richard Ashcroft, no one ever came after Neil for song credits or royalties or anything like that.

Like “Play With Fire,” “Lady Jane” was a b-side — of “Mother’s Little Helper” — that got flipped and charted on its own, making it all the way up to #24 on the Billboard charts, and I sang it with my first band, just out of high school, as one of many Rolling Stones songs we covered, as we were looking for something that people could slow dance to.