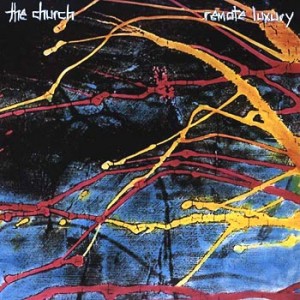 With its army of lushly-strummed acoustic guitars and overall aura of melancholy and sadness, the utterly gorgeous “A Month of Sundays” is a serious candidate for The Prettiest Song Ever Recorded (Indie Division).

With his bass pretty much playing the lead instrument on top of those acoustic guitars, Steve Kilbey tells a story of going to a party with people he hardly knows and maybe getting a bit too wasted:


Follow her home where she lives with some friends
They have some good things to add to the blend
The games expanded, invaded the place
You’re the only one who’s forgotten his face

And he’s at this party with these people and he’s trying to figure out if he’s overstayed his welcome or if maybe the girl who invited him over is kinda into him, so he does what any shy person would do . . . pretend like he really wants to leave:

You’re saying no, no, no I must be on my way
But it really has been a pleasant night
And you go so slow hope they’ll ask you to stay
And indifference gives you a fright

In 1984, that chorus really resonated with me, as I was in the middle of an epic cold streak, but I didn’t have the social skills to figure out how to deal with it. And so “hoping that they’ll ask you to stay” was about as much game as I had.

And so as the guitars strummed and echoed, the synths were piling on top and Kilbey’s bass circled around all the rest of the instruments, that sadly beautiful chorus repeats and repeats, and since the song fades rather than ends, I assume that it just repeats forever.

Fan-made video for “A Month of Sundays”