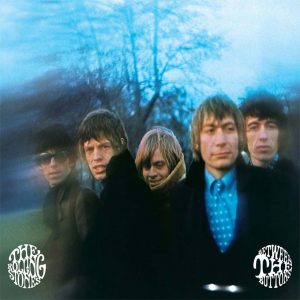 And no song defines it more to me than “My Obsession,” which frankensteins so many disparate elements together it should have been a train wreck.

Opening with a Charlie Watts kick-snare-kick-snare-snare drum beat with handclaps(!) and battering his hi-hat at the same time, “My Obsession” piles on the fuzz guitar, fuzz bass (which I originally wrote as “fuzz bazz”) and Ian Stewart’s piano as Mick (and sometimes Keith) sing about, well, the narrator’s obsession.

At then end of the verse, the whole song stops and Mick and Keith harmonize acapella on “confesssssssssssssssssssion,” after which Charlie starts the beat up again, while they go into the verse.

You can’t dodge it, it’s simple logic
You’d be better off with me
And you’ll know it when you lost it
Know it

Oh, and from the start, Ian Stewart starts going crazy on the piano, like he’s on a totally different song, playing crazy boogie-woogie licks and leads and solos that have absolutely nothing to do with the rhythms of the song, and act like the musical equivalent of the obsession Mick and Keith are singing about.

One of the fun things about “My Obsession” is that its got a shit-ton of lyrics, each more disturbing that the last.

But what these possessions are, what the property is, we never actually find out. Is it all in Mick’s mind? What the actual fuck is going on here? Meanwhile the song stops and starts and stops and starts a thousand a million an infinite number of times, and at some point, Ian Stewart starts trilling snowflakes on his piano while Mick and Keith sing “ooooooooh baby” a few times and then stretch out on a long bendy “ahhhhhhh-ahhhhhh-ahhhh-ahhhhhh” because why not?

Anyways, at no point should anybody take any of this all that seriously. At least, I don’t: I think of “My Obsession” as a weird, cool experiment that shouldn’t have worked but somehow did.