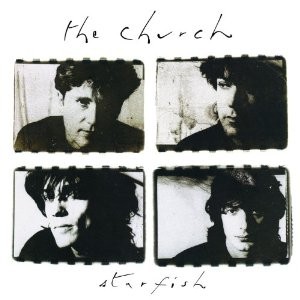 Featuring lead vocals by Peter Koppes and a riff that doubles back on itself, “A New Season” was my favorite song on The Church’s breakthrough album, Starfish. Everybody else remembers that album for the actual Top 40 single, “Under The Milky Way,” which is a fine song, but maybe about the 4th or 5th best song on the whole record.

That’s a compliment: I actually like Starfish a lot, and as far as I could tell, The Church were going to be incredibly great for an incredibly long time. But the reason that I love “A New Season” so much runs deeper than even the way they twist up the riff halfway through the song, or even how Koppes sings “Aaaaaa neewwww seaaaason”. Nope the reason I love this song is that it reminds me of a huge turning point in my life. Which happened nearly 3 years after it came out.

Memory is a tricky thing. This song reminds me of the end of a relationship that didn’t even start until several months after this album came out and lasted until the end of 1990. And I think that one of the last things we did prior to breaking up was dance to this song at a wedding. But it might have been a different song. And it could have been months before we broke up. All I know is that it reminds me of the decision to let that relationship end, which — in retrospect — was a huge turning point in my life, cos it set me up to be living in the middle of the Tower District one last time as a single person before leaving Fresno.

But it might not even have been this song.

Fan-made video for “A New Season”

“A New Season” performed live in Sydney in 2011