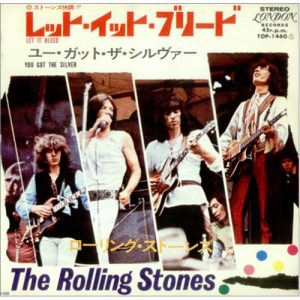 With Mick singing in a countryish twang that instantly tells us to relax, it’s just a song, “Let It Bleed” opens with its chorus, riding on top of Ian Stewart’s boogieing (and woogieing for that matter) piano, Keith’s big acoustic guitar and Charlie’s even bigger beat, and for all the world sounding like a precursor to Bill Withers’ “Lean on Me,” but almost instantly Mick Jagger pivots to, well, sex and drugs. As you do.

She said, “My breasts, they will always be open
Baby, you can rest your weary head right on me
And there will always be a space in my parking lot
When you need a little coke and sympathy”

Apparently, this was all inspired by Marianne Faithfull, “parking lot” being her euphemism for exactly what you’d expect it to be, and Mick commenting on their druggy affect.

Meanwhile, Keith starts up with the slide guitar, and “Let It Bleed” is pretty much out of musical tricks, content to ride it’s country-blues (as oppose to country blues) groove as far as it can, Watts and Bill Wyman in perfect locksync as Mick tells us that we all need someone we can dream on, cream on, feed and bleed on in successive choruses while hanging out at steel guitar engagements drinking jasmine tea with knife-wielding junkie nurses. As you do.

Also, Keith is making the rudest noises with his slide guitar, there are occasional faint pings of the autoharp that Bill’s playing, Stew is having the time of his life on piano and Mick is referencing Robert Johnson for the second (but not the last) time on the album, as the second song on the album was a cover of Johnson’s “Love in Vain.”

That said, by the time “Let It Bleed” hits its fade, they’ve made one helluva big noise for a song that doesn’t really have any big electric guitars on it, another typical bit of Stones alchemy.