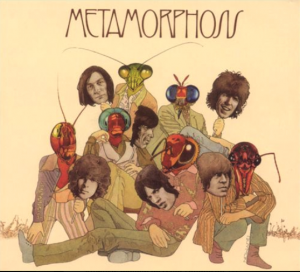 When Metamorphosis came out in 1975, it was the first time that the Rolling Stones had deigned to give us an outtakes album and while it leaned too hard on early demos that were cut while Andrew Loog Oldham was shopping Jagger/Richards songs to other bands — many of which featured only Mick and session people — there is a small slice of Beggars Banquet / Let it Bleed outtakes near the end.

And while none of those outtakes are “Blood Red Wine,” — an even cleaner version of which just showed up on that massive three-disc bootleg that recently appeared, Fully Finished Studio Outtakes — there are some decent songs: the spooky “Family,” the rockin’ “I’m Goin’ Down,” and their cover of Stevie Wonder’s “I Don’t Know Why,” which legend has it was being mixed when they found out Brian Jones had died.

Cut near the end of the Let It Bleed sessions, “I Don’t Know Why” was one of the first songs they cut with Mick Taylor, but in the end they made the decision to leave it off of Let it Bleed, possibly because it does feel a bit unfinished.

It starts off with a muffled Keith guitar way over in the right channel, quiet like a late at night city, and as Mick Taylor comes in with some jangle, Mick starts singing.

As the rhythm section fully kicks in, led by Charlie Watts’s snare and Ian Stewart’s piano, Mick continues documenting his misery, voice breaking into falsetto near the end.

You always treat me like a fool
You kick me when I’m down, that’s your rule
I don’t know why I love you, baby
But I love you

This leads to a cool Mick Taylor guitar solo accompanied by a horn section (probably the same horns that played on “Honky Tonk Women,” which was recorded just afterwards), popping in to add extra color, turning “I Don’t Know Why” into a full-blown soul song, over which Mick sings one last begging pleading verse.

When are you going to stop your cheating ways
With another guy you laugh in my face
Just how long must I be in this, disgraced
Because I love you, baby

After Mick repeats the first verse over the full band, Mick Taylor plays the exact same guitar solo again — like Eddie Van Halen in “Runnin’ With The Devil” — and after a bit more Mick vamping, “I Don’t Know Why” fades quickly, like they didn’t really have anything more to say with it. And while I love the sound of it and the performance, I can see that it wouldn’t have fit Let It Bleed, though I could see it fitting just fine on the more soul-oriented Sticky Fingers. Or not.

That said, when Metamorphosis came out in 1975, “I Don’t Know Why” was chosen for the single, which makes since because it was both the best and most contemporaneous-sounding of the songs, but it didn’t make the top 40 at a time when their singles were still making the top 20. But because it was still recorded under their old record deal, it did end up on the massive The Singles Collection: The London Years, as well.