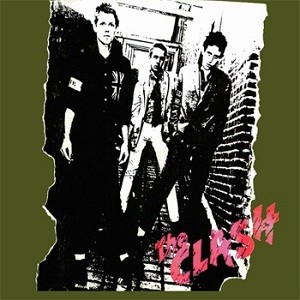 (Please let the affiliates that we will be in the middle of posts about The Clash for quite some time now.)

Here’s how to state your band’s entire ethos in the opening verse of your debut album:

Sex, drugs, rock ‘n’ roll, and politics. Welcome to the Clash. Welcome to the only band that ever deserved a major label marketing campaign calling them “The Only Band that Matters.” Welcome to 10 albums worth of insanely great material in a little over 5 years, an utterly staggering pace of creativity that will never be matched. Welcome to the band that changed my life.

It is probably true that I love R.E.M., The Replacements, Bob Dylan (and maybe) The Who more than I love The Clash. But no artist fundamentally changed who I was and how I understood music more than The Clash. You see, The Clash happened to me more or less in real time from the time I was 15 to the time I was 20 and so I loved them with all of the fervor a teenage music freak could possibly muster.

Because The Clash understood that punk rock wasn’t a set of rules that you needed to follow but rather a method for creating (and then destroying) (if you so desired) your own rules, it meant that they dragged me to places I wasn’t ready to go because I so totally trusted what they were doing. That’s why (as the man said) punk rock changed my life, even as I never identified as a punk.

But we’ll get to all that, I trust. Right now, I need to remind you that because The Clash wasn’t released here in the U.S. until 1979 (and not in its original form until the CD reissues), I started with Give ‘Em Enough Rope and then — almost instantly — circled back to the import of The Clash (thanks Tower Records Fresno!!). The reason I had to do it this way was that CBS had decided that The Clash, in its original form, was too raw for my sensitive U.S.A. teenage ears.

Maybe. It’s possible that without Give ‘Em Enough Rope as a gateway, The Clash would have felt too raw to me. All I know is that when I did buy it, it felt equal parts powerful, thought-provoking and hilarious.

From the opening arresting drumbeat of “Janie Jones” to the final “back in the garage” of “Garageland,” The Clash is easily one of the greatest debut albums in rock history. Every song is its own little universe, but the whole album hangs together both musically and thematically. Every time I listen to it, I get something new. Even now.

And “Janie Jones” sets it all up, not just lyrically, but also musically. It felt like punk rock — the rapid speed, football stadium backing vocals and St. Joe Strummer’s growl couldn’t be anything else — but it didn’t feel like any other punk rock on the planet. Still doesn’t, actually.

“Janie Jones” is the perfect intro to The Clash, as it set up their lyrical stance, as well as how their songs would endlessly comment on themselves (Strummer’s aside of “you lucky lady!”). Most importantly, it set up how they could cram an entire universe into a two-minute song. You knew who this guy was, you knew what he wanted, and you knew he was probably doomed.

So when Mick Jones shouted “let them knoowwwwwwww” at the end, it was more than just one last hook — one last piece of the “Janie Jones” universe — it felt like a command: everybody needed to know about The Clash.