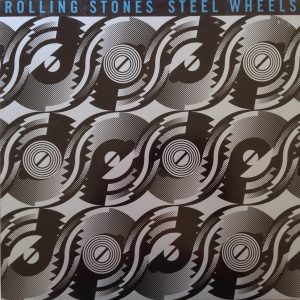 And so Living Colour opened up and nobody tried to boo them off the stage like they’d done Prince (of course, had Prince opened for the Stones in 1989, nobody would have booed him, rather they’d be screaming for “Purple Rain” the whole time), and the massive set was properly massive, and the Stones played a bunch of great songs — the highlight was the “2000 Light Years From Home” — and even a few from the reassuring Steel Wheels.

We’ll talk tomorrow about why we needed reassurance in the first place, but 1989 was the beginning of the Rolling Stones elder statesmen phase, where no matter how weird things got between Mick and Keith, it was clear that their artistic (and let’s face it, financial) bonds were always gonna win out.

I’m probably sounding more cynical about this than I really am — though I remember mid-1990s Jim sitting at the bar at the Bottom of the Hill in San Francisco grumbling to himself about what he thought was a blatant cash grab (which I don’t remember what it was) — because they’ve now been in this phase for over 30 years. I mean, COVID kept them from touring. And compared to their peers, they’ve barely even bothered to ransack the vault, the biggest sin being the live albums from every. fucking. tour.

Anyways, unlike the shitty Undercover and the unhinged Dirty Work, Steel Wheels was reassuring: the first thing you heard were Mick & Keith’s reassuring guitar chords and Charlie’s reassuring backbeat, and all was right with the world.

“Sad Sad Sad” is the Rolling Stones operating at full speed ahead, barreling through the verses — Keith sticking leads all over the place, Ronnie not Bill on the bass (foreshadowing!) — and completely sticking the chorus with the help of Bernard Fowler.

There’s also a nice bridge where Mick duels with a horn section and a long guitar solo by Keith, and it’s all just manna, really, or as Mick keeps reassuring us at the end: “it’s gonna be fine fine fine, oooh yeah!” And you know what? I believed him then, and I still do. The Stones were gonna be fine fine fine.