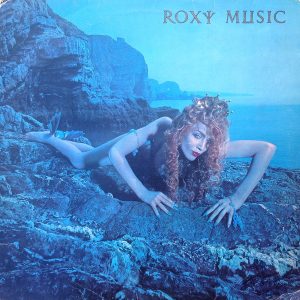 Please don’t ever let me down
For you know I’m not so sure
Do I have the speed to carry on
I’ll burn you out of my mind, I know
You’re a flame that never fades
Jungle red’s a deadly shade
Both ends burning, will the fires keep
Somewhere deep in my soul tonight

And once it establishes its groove, “Both Ends Burning” never deviates from it, neither bothering to find a slow part nor a breakdown. This is a deviation from so many of their earlier songs, which usually twisted and turned in unexpected directions. And that’s actually kind of cool, because by this point, you’re expecting it to do something, anything else, but it never bothers to. Which is fine, because it’s an utterly fantastic groove, sultry as all fuck, and you could pretty much dance to it forever if you wanted to. Or if they wanted you to, I guess.

And there aren’t a whole lot of instrumental breaks, either: MacKay tosses some sax licks in the middle, and at the end Phil Manzanera emerges from the roiling stew to crank out a guitar solo as Ferry sings.

Back when I was much younger, when I used to work until midnight at the Video Zone, then go out have a couple of drinks, and then get up to be at an 8:00am shift, after which I would come home and go running before going out that night, that’s when “Both Ends Burning” made sense to me. I wasn’t sure when the end was, but I was kind of interested in how much I could push myself. Which I guess I never found out, which is kind of lucky, come to think of it.

Anyways, “Both Ends Burning” was only released as a single in the U.K., but maxed out at #25, easily the worst showing of any of their U.K. singles, and wasn’t issued as a single at all in the U.S., despite the relative success of “Love is The Drug.”