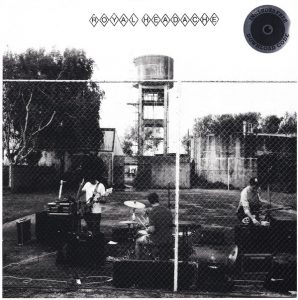 Oh, and let me mention the Ramones, who were obviously a musical influence, duh, but at least in the case of this song, a lyrical precursor, as many of their greatest songs were about mental health issues.

Joey Ramone was a hell of a singer, but there was often a slight layer of irony — if not out-and-out jokes — in many of those Ramones songs that often came out in his vocals. Not so much here. You can feel the anguish.

I went to see my doctor
Felt like a helicopter
He told me “Shogun, I think the symptoms will get worse”
I took the pills like he said
Now whenever I try and use my head
I’m feeling all the pain in the universe

Even better, after the second chorus, Law, Shortty and Joe take it from there, creating their own psychotic episode with screeching guitars, speedy (if underrecorded) bass and ferocious thrashy drums that get faster and noisier until they practically explode.

It was songs like “Psychotic Episode,” as well as other great ones like “Really in Love” and “Honey Joy” that drove enough word-of-mouth for Royal Headache to sell surprisingly well for an indie record, and it even won the “Best Album” award at the Australian Independent Record awards in 2012.