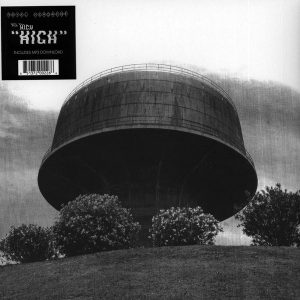 And it’s got the masterful “Love Her If I Tried,” as perfect of a soul-punk-pop song as you’re ever gonna get, where over the reliable din made by guitarist Law, drummer Shortty and bassist Joe, lead singer Shogun pours his heart straight into his ears.

And with an “alright,” they barrel straight into an absolutely crushing chorus, each line punctuated by big-ass guitar and bigger-ass drum rolls.

Kids, I’m only human. It’s impossible for me to resist the amount of melody, power, and heart that is the chorus of “Love Her If I Tried.” And the band knows this, too, because after a perfunctory second chorus, it’s all about Shogun repeating “love her if I tried” approximately 4,634 times in the second half of the song, each one more angst-filled than the last. It’s a beautiful thing and you should stop reading this post and just enjoy this song.

And it’s not even their best song. That comes tomorrow.

“Love Her If I Tried”