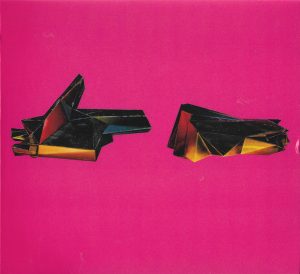 That said, I get where he would get that impression: Certain Songs is overwhelmingly focused on older songs, and in fact, if you were to chart the 50 years from 1960-2010 you get almost a perfect sine curve, with 1985 the year with the most songs. There are two reasons for that, one natural and one not. The first reason is that older songs have had more time to make their cases known to me, get inside of my brain, my soul, my heart. The second reason is actually related to the acceleration of my music consumption in the 21st century: even though I’ve listened to more songs, a smaller percentage of them stick. That’s partially because I’ve crammed all of those songs into an ever-shortening window of time that I have to listen to music — something that has been exacerbated by this little project — and partially because even for the ones I love, I might not have any story to tell about them. Or the language to describe them properly.

All of this is to say that I realize recent music — no matter how great — is getting shortchanged in Certain Songs. I realize that, even if I don’t know how to solve the problem when I’m also balancing Rox, work, friends, and a band. All of which are far more important than Certain Songs.

And so, even though I think there are a bunch of great songs by Run The Jewels — the hip-hop supergroup duo of Killer Mike and El-P — and I found more on their most recent album, 2020’s RTJ4, than any of their previous albums, I’m only gonna write about “A Few Words For The Firing Squad (Radiation)”

You know how everything can seem a little out of place?
All of my life, that seemed to be the only normal state
So feelin’ normal never really meant me feelin’ sane
And bein’ clear about the truth and bein’ sane have never really been the same

RTJ4 came out just around the time we all realized that COVID-19 was going to stick around and fuck with our lives for the forseeable future, and the big doomy sound of “A Few Words For The Firing Squad,” — a big, boomy bassline, swirling strings and the scary-ass sax of Dap-King Cochemea Gastelum — felt like the inside of my head.

As the music builds and builds, Killer Mike and El-P trade off verses that are also full of doom and drama:

It’d be a lie if I told you that I ever disdained the fortune and fame
But the presence of the pleasure never abstained me from any of the pain
When my mother transitioned to another plane, I was sitting on a plane
Tellin’ her to hold on, and she tried hard, but she just couldn’t hang
Been two years, truth is I’ll probably never be the same
Dead serious, it’s a chore not to let myself go insane

I mean, obviously, a song called “A Few Words For The Firing Squad” isn’t going to be about flowers and puppies, and while it was written and recorded prior to the pandemic, its one of those songs that’s always going to take me back into the dark dark headspace I was in as I watched the world change from behind various screens, and while a year later, things seem to be getting better, I’m never going to forget the shitty shitty selfish response that the Trump admin had to it, and how many people have and will needlessly die from their shittiness. The worst people were in charge during the worst crisis.

Anyways. Eventually “A Few Words For The Firing Squad” crashes into its own intensity just as Killer Mike says:
“Go hard, last words to the firing squad was, ‘Fuck you too'”

After a few seconds, the music reappears, and Gastelum takes a long solo, but we don’t hear again from either Killer Mike or El-P. Because honestly, what else there is to say?

That said, I should probably mention the hidden track, called “Theme Song,” where Matt Sweeny narrates the premise of and A$AP Ferg sings the theme song for a fake TV show called Yankee and The Brave, which ties back into the first song on RTJ4, “Yankee and The Brave (ep 4).” About which, sure, why not?

“A Few Words For The Firing Squad”