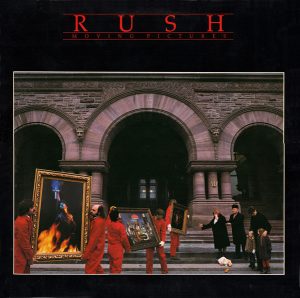 Back in my arcade-haunting days — approximately 1978-1982, ending abruptly when we discovered one of our CB radio friends had rented a house with three other women — my favorite thing to do was play the racing games. Night Driver was my first love, of course, followed soon by things like Monaco GP, Pole Position, Turbo and, of course, Red Barchetta.

While Turbo was my favorite, Red Barchetta had an actual plot, based on an old sci-fi story published in, er Car & Driver. Apparently, it’s the future, and driving has been outlawed, for, you know, reasons. But you have access to a car, your old uncle’s gleaming red Ferarri Barchetta that he’s been maintaining for 50 years — because that isn’t conspicuous — and like a futuristic Sammy Hagar, you take it out for a weekly drive.

But of course, it’s illegal, because in the future everything that’s fun is illegal, duh, and here come the cops — in their flying cars, because even though driving is outlawed, this future gets to have flying cars — and now you have to outrun the cops and make it back to your uncle’s house and hang out with a guy who has got to be like at least 120 or 130 at this point, since the Barchetta came out in 1948, and we’re not exactly sure when driving became illegal, or how he acquired the car in the first place.

I mean, sure the timeline is fuzzy, the backstory is even fuzzier, but what do you expect from an arcade video game? At the end of the day, the whole point is to drive like a maniac because you can walk away from any crash.

And by a coincidence so extraordinary it’s almost like I’m making it up, “Red Barchetta” is also the name of a Rush song, and maybe there was a tie-in, because one of my most vivid memories of seeing Rush in concert was them projecting scenes from the Red Barchetta video game onto a screen behind them as they played the song, which is one of their most kinetic tunes.

“Red Barchetta” the song (you can tell it’s the song because it’s in quotes as opposed to bolded) is anchored by an Alex Lifeson riff that somehow doubles back upon itself while also moving endlessly forward thanks to Neal Peart’s relentless snare drum. And in fact, “relentless” is the best way to sum up “Red Barchetta,” especially during the driving sequence, which does a hell of a job at mimicking the thrill of getting in a car and driving really really really crazy-ass fast. It’s honestly one of Rush’s most fun songs, even more fun than the video game.