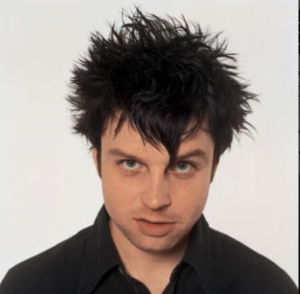 If Rock N Roll took its template from the 1980s, “Don’t Even Know Her Name” (and the other great song from that EP, “Ah Life”) are pure late-60s, even if you can’t point to exactly what he’s stolen from. In any event, it’s a fast snappy song with a lot of ringing guitars and an utterly banging chorus.

Adams sings this near the top of his register, fully committing to the major retro vibes of the whole song, and doing that thing where the jauntyness of the music contrasts with the darkness of the lyrics, especially on the bridge.

“For every day of sun, I get a month of rain” is a pretty great blues lyric, if you think about it, but Adams is having so much fun singing it, you might not even notice. What you will notice is how his voice breaks as he holds out “plaaaaaaaa-cccccce” while the guitars crash all around him.

In addition to the Morrocan Role EP, “I Don’t Even Know Her Name” also showed up as one of the b-sides to the “So Alive” single, even though it sounded nothing at all like that Rock N Roll song. In any event, I’m not sure Adams has rocked out so freely before or since.

“Don’t Even Know Her Name”