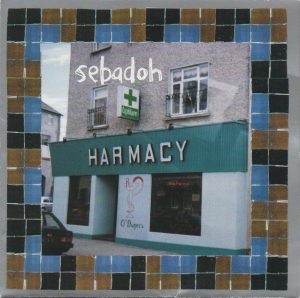 “Willing to Wait” opens with just a quietly strummed guitar from Barlow, sympathetic bass from Jason Lowenstein and a slow straightforward beat from Bob Fay.

When you see him again, tell him everything that you told me
Tell him that I’m still your friend
And maybe you would like to see me again

With Barlow singing in his usual preternaturally calm voice, “Willing to Wait” navigates a lovely pre-chorus in which they all stop and start on each line, forcing you to pay attention to the words.

And then Barlow reaches the very top of his range, voice nearly breaking, as he reaches for the loveliest chorus he will ever write, the gorgeousness of the whole thing being supported and conveyed by a mellotron floating in the background.

But ohhhhhhhhhhhhhhhhhhhhh, when I saw you again
A beautiful friend, she opened up her heart and let me in
No, I cannot lie to you
I’m still in love with you and I only wanna be with you

I’m pretty sure I read somewhere that Barlow wrote “Willing to Wait” to and for his (now-ex) wife, Kathleen Bilius back before they were married — but I’ll be damned if I can find it now. But that would explain the directness of the lyrics, which pull zero punches.

So when you see him again, tell him everything that you told me
We’re more than friends
And maybe we should start again
Maybe you could love me again

And while all of this gorgeous directness worked in Barlow’s personal life, it didn’t really get anywhere with the mass audience that theoretically were there after the success of “Natural One.” Despite the video for “Willing To Wait” getting some airplay, the single didn’t go anywhere and the fact Harmacy made it as high as #126 on the Billboard albums chart could probably be attributed to the relative success of “Ocean,” which did well on modern rock radio.