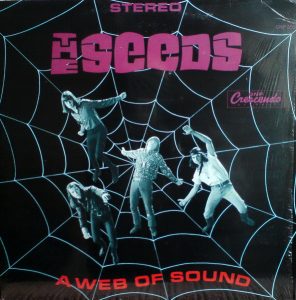 Those of you paying attention will note that out of the nearly 100 Rolling Stones posts I did earlier this year, “Goin’ Home” was nowhere to be found. That’s because I think that it’s a failure: a slow, countryish blues that goes absolutely nowhere (though at 8:30, Keith finally finds a cool lick), much less home. Lyrically, Mick is singing about his baby and all the things that’s he’s gonna do with her — fucking, basically — when he finally gets home.

Sure, it was cool to put out what was basically a jam in the studio, I guess, but jamming wasn’t a Stones thing until Mick Taylor joined. As was made painfully evident on Their Satanic Majesties Request. And even in the Taylor years, with the exception of “Can’t You Hear Me Knocking,” they usually kept the jamming to concerts where it belonged.

So, in my imagination, Sky Saxon heard “Goin’ Home” and thought, fuck that, I’m gonna write a long jam song where it starts with the fucking! And so with keyboardist Darryl Hooper holding down the riff, someone named Cooker playing slide licks and guitarist Jan Savage scuzzing on the guitar, “Up in Her Room” starts in medias res. You know, with the fucking.

I’m not going to quote all of the lyrics to “Up in Her Room.” Suffice it to say, Sky Saxon has a lot of things to say about how much fun he’s having, occasionally breaking into “sha-la-la-la-la-la” and wordless moans. Meanwhile, as things, er, progress, the band starts raving up, drummer Rick Andridge pumping up the momentum as Hooper switches back and forth from his piano and organ and Savage keeps turning his guitar up higher.

Eventually “Up in Her Room” hits a fever pitch: a wild swirling menage of swirling keyboards, impassioned moans, guitar fizzle, tambourine whacks and ever-speedier drums before it finally collapses, nearly 15 minutes after it started, fully spent. In fact you had to wait awhile before the song would play again. Though when I first bought A Web of Sound as a teenager, it wasn’t that long of a wait.