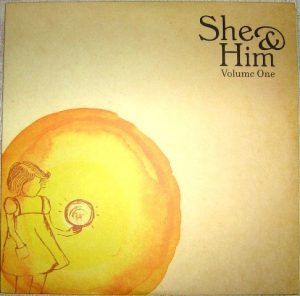 And while the She & Him albums were a little bit too much sunny soft rock for me to like them all the way through, there were songs on each that I really liked, the epitome of which is “This is Not a Test,” which is driven by blankets of woozy acoustic guitars and overdubbed Deschanel angels doing the backing vocals, all of which lead up to a chorus that stuck to my brain like rogue cotton candy.

After the first chorus there’s an approximation of a horn solo as done by Deschanel literally pretending she’s a horn. It’s kinda like the kazoos on The Kinks’ “She Bought A Hat Like Princess Marina”, and either as annoying or charming as those were, depending on your point of view. Obviously, I fall into the later camp, else I wouldn’t be writing about this song.

That said, there isn’t a whole lot more to say about it, other than I think that while it was cute — and inevitable for Deschanel to sing the theme song for New Girl, it’s still too bad that they didn’t go with the Long Winters song “New Girl,” which is a superior song.

“This is Not a Test”