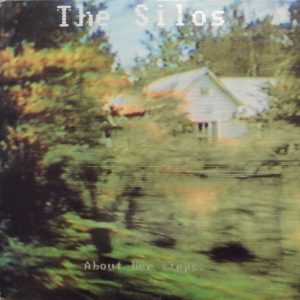 Before I dig in, this was one of those songs/records that is so obscure I was worried that I wasn’t going to find anything about it at all, but luckily Salas-Humara has a very extensive website that not only had the lyrics, but who played what on “Start The Clock.” (And all of his other songs, too.) Hurrah for obsessive Gen-Xers!

Which is why I can tell you with some confidence that “Start The Clock” is essentially a duet between Salas-Humara and Lena Carlstromm, starting with just Salas-Humara’s guitar playing the “Sweet Jane” chord changes over Bill Carey’s counterpoint bass hook and an overdubbed tambourine also played by Salas-Humara. No drums, just like “Pale Blue Eyes.” After they set the mood, Salas-Humara & Carlstromm start singing.

And even though that last bit mentions the most evil time change of the year, where we lose an hour to dumbass Daylight Saving Time, I still love this song, because as they finish with “below the horizon,” a viola (I think), played by Mary Rowell, swoops in, playing a heartbreakingly lovely riff over and over and over and over and over. If you hate this kind of repetition, it will drive you mad. But I love it on every single level, especially when after a couple of more verses, she adds an overdubbed counterpoint on violin (I think).

And eventually, there’s a third overdub where she’s picking her strings, creating a John Cale-esque swirling of strings that soar around the ever calm vocals of Salas-Humara & Carlstomm, who chant “start the clock” over and over and over until the song finally fades out.