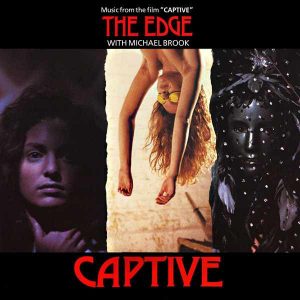 OK. That said, was I such a big U2 fan that I remember anything outside of this soundtrack other than one song? Nah. But man, this song was the first time I heard Sinéad O’Connor, who co-wrote the lyrics and also sang the living fuck out of them.

The night is long but the day will come
With promises were the chosen one
Soak the sea, sweet taste the rain
Fall tonight into my arms again

The way she let her voice break on “sweet taste the rain” was utterly fantastic.

At this point in her career, O’Connor was still mostly an unknown, having written lyrics for a song by the Irish folk-rock footnote In Tua Nua — who were discovered by Bono — while still a teenager, and after she’d moved to London, Bono asked her to sing on a song for the soundtrack the Edge was working on.

And so “Heroine” just started with a simple synth riff, augmented by your typical Edge harmonics and echoing guitar, and builds slowly and stately throughout until drummer Larry Mullen, Jr — another ringer — finally comes in with his trademark big, rumbly beat.

In fact, the whole song is basically an embryonic blueprint for future Certain Song “With Or Without You.” And while I was a little bit weirded out that someone would sing “heroine” over and over again without ever once adding “it’s my life, and it’s my wife.”

In any event, at the time, I just assumed that it was a nice, pretty little one-off, and I don’t think it had that much bearing on O’Connor’s career: she would have become a star with or without U2, because she had — well, everything, as we are going to find out in the next week or so.