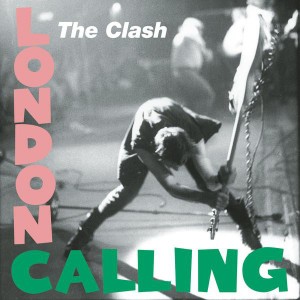 If “Lost in The Supermarket” bugged 17-year-old Jim with its relative lack of the big guitars, then “The Card Cheat” should have had me white rioting.

After all, there’s not an audible guitar to be found on the whole song. Instead, it’s all “M.Jones—-Piano” and the Irish Horns blaring away. There’s even a gods damned trumpet solo!

And yet, “The Card Cheat” always been one of my favorite songs by The Clash.

For one thing, even without guitars, “The Card Cheat” is humongous-sounding, harkening back to Phil Spector’s Wall of Sound, right down to the “kick … ka-kick … snare” beat that Topper anchors the song with. And Mick’s singing is perfect, just this side of overwrought while completely fitting the production.

There’s a solitary man crying “hold me”
It’s only because he’s lonely
And if the keeper of time runs slowly
He won’t be alive for long.

Heh. That “keeper of time” lyric has always kinda bumped me, because of course, the phrase that every other human ever would use is “time keeper.” That said, I’ve always allowed it, because that phrase actually fits the heightened drama of the song.

Because I fell into a London Calling hole while writing all of these posts about the album, I watched Don Letts’ The Last Testament documentary about the making the album, and Mick Jones said that on “The Card Cheat,” they recorded the whole song twice in order to get the big big sound.

It worked, especially on the parts where it’s Mick Jones’ piano on top of everything else.

Fan-made video for “The Card Cheat”