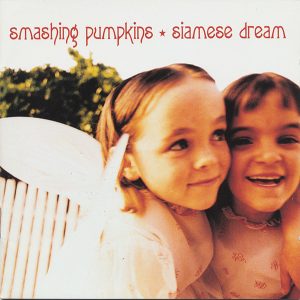 While Siamese Dream had a bunch of singles and radio songs, I also loved it because of some of the longer, artier cuts. Not all of them, of course: “Soma” is too somnambulant by half and I’ve always liked “Silverfuck,” it does shoots its wad a little bit early.

But “Hummer” is the shit: nearly 7 minutes of glorious noisy prog meandering, anchored by a riff thats splits the difference between “Today” and “Rocket,” only thicker and meatier than either.

“Hummer” doesn’t really have a chorus: instead, it wanders — alternating loud parts with quiet parts, as was the law in 1993 — from verse to verse to verse, Billy Corgan usually singing with his indoor voice. So, I really don’t know what “Hummer” is about, given that the only words from the early part I know is “when I woke up from that sleep / I was happier that I’d ever been” and that’s probably only because he he screams it.

And then later on he sings:

Life’s a bummer
When you’re a hummer
Life’s a drag, yeah, yeah

And to this point, “Hummer” is really good, but doesn’t really tip into excellent until it gets really quiet dropping down to — let’s say –D’arcy Wrezkys burbling bass guitar and Jimmy Chamberlain’s almost jazzy drumming. At that point, Billy Corgan sings shushedly:

Ask yourself a question
Anyone but me
I ain’t free

Ask yourself a question
Anyone but me
I ain’t free

Do you feel
Love is real?

This is followed by one of my favorite instrumental passages ever: Billy Corgan’s shushed guitar solo and Jimmy Chamberlain’s drums playing hide-and-go-seek with each other, until the utterly amazing moment where Chamberlain alternates hitting his snare and toms at the exact same moment Corgan is playing his guitar — snare/tom, snare/tom, snare/tom/snare/tom, tom/tom/tom/tom/tom on the first one and snare/snare, tom/snare tom/snare/tom/tom/tom/tom on the second one — both instruments in utter sync as they descend into the deep. It kills me every single fucking time.