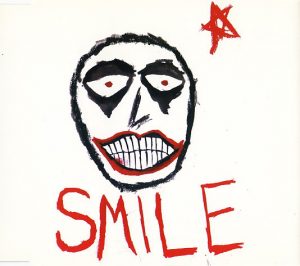 The third single from Siamese Dream, after “Cherub Rock” and “Today,” “Disarm” showed that Billy Corgan had more on his mind than finding new and interesting guitar tones.

And after five songs where The Smashing Pumpkins brought the crunch, the acoustic guitar plus strings “Disarm” was exactly the kind of curveball Siamese Dream needed en route to becoming a classic record, as it somehow was both lighter than air and bigger than mountains.

Opening with a surging acoustic guitar accompanied by bells and what is probably a tympani, “Disarm” opens with Corgan addressing his abusive parents.

Underneath that guitar is cellist Eric Remschneider and violinist David Ragsdale, who switch from supporting to soaring the moment Corgan goes into the chorus.

I used to be a little boy
So old in my shoes
And what I choose is my choice
What’s a boy supposed to do?
The killer in me is the killer in you
My love, I send this smile over to you

With the tympani exploding in just the right place, the first chorus of “Disarm” doesn’t fully take off, as everybody involved is showing restraint. And in fact, the whole song just breaks down to the cello & violin, for a second, you wonder if it might even fall apart. But of course, it doesn’t, instead getting bigger and bigger throughout the second verse, and exploding into the second chorus.

This all leads us to the outro, where Corgan wrestles with two totally contradictory impulses: giving in to the cycle of violence or breaking it once and for all, while the music has ratcheted up to an almost unbearable crescendo.

For me, it’s impossible not to love that outro, with Corgan’s vocals alternating the sigh of “send this smile over to you” and the anguish of “the killer in me is the killer in you”, and while I know which of the two he wants to win, I’m not sure that’s exactly what happened.

In any event, “Disarm” is a absolutely remarkable song, and while the video got significant MTV play, and the song got enough radio play to make it to #8 on the alternative music charts and #5 on the mainstream rock charts, it still didn’t quite crossover to the U.S. pop charts. However, it was their first big hit in the U.K., just barely missing the top ten, stalling out at #11.