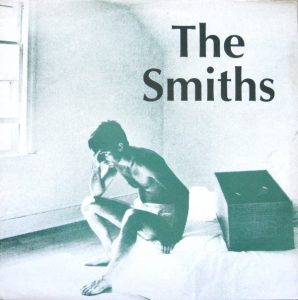 “This town has dragged you down”

Given that “Heaven Knows I’m Miserable Now” was The Smiths biggest (U.K., always the U.K.) single to date, one might have expected them to duplicate it for the next single, but “William, It Was Really Nothing” was completely the opposite. For one thing, it was incredibly short, just over two minutes long. This was on purpose: Johnny Marr wanted to see if he could get away with a short single.

Which, of course, he did.

Opening with a sunny blast of acoustic and electric guitars over one of those proto britpop dance beats from Andy Rourke and Mike Joyce that was instantly stolen by like-minded bands ::coughs:: Miss Alans ::coughs:: “William, It Was Really Nothing” was a combination of Morrissey’s take on marriage (he was against, natch) as well as his response to hanging out with another singer, Billy MacKenzie, who apparently absconded with one of Morrissey’s James Dean books.

That opening verse is followed by one of Johnny Marr’s greatest moments on record: a cascading stairway of guitar notes that utterly soared out of the speakers, and continued as Morrissey sang the chorus.

One of the cool things about “William, It Was Really Nothing” is how Morrissey skips through the verses and then draws out on the choruses — his cries “Will-i-ummmmmm!” was some of his best singing to date, and he seemed to be having fun with it to boot, following the first chorus straight into the second verse, where he picks up the pace while Marr continues to sprinkle frosting over every single word.

“William, It Was Really Nothing” was one of those songs where Morrissey and Marr were in utterly perfect sync, and it should have smashed into the U.K. top ten, but instead it crapped out at #17. However, in our little tribe, Morrissey’s cries of “Will-i-ummmmmm” were catchy enough so that whenever Cindy saw Bill, she’d burst into her own cry of “Will-i-ummmmmm.”

And because it was their most recent single, “William, It Was Really Nothing” was also appointed to be the leadoff track of Hatful of Hollow, and was one of the songs that was also subsequently on Louder Than Bombs.

“William, It Was Really Nothing”