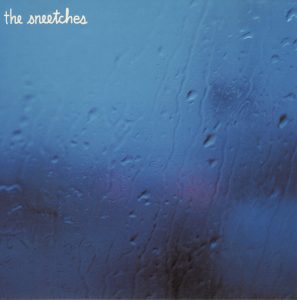 How in the world did I miss The Sneetches? They were a power-pop band named after Dr. Seuss characters based in San Francisco who started recording in 1985. Given my love for obscure San Francisco-based 80s bands like The Cat Heads or X-Tal, you’d think that at some point, The Sneetches — who recorded through 1995 — would have crossed my radar while they were still a going concern.

Nope. It’s, of course, a great big wide world out there, and there is just going to be great music that I’ll never ever hear, and that’s OK. In any event, we were over a decade 21st century before I was turned onto them, on Twitter, by a person whose IRL name I don’t even know, and after all these years am too embarrassed to ask.

The Sneetches were the brainchild (brainchildren?) of singer-songwriters Mark Carges and Mike Levy, and put out a few records in their decade-long, the first one being 1989’s Sometimes That’s All We Have, which lead off with “Unusual Sounds,” a fantastic distillation of their charms.

Opening with a short acoustic guitar twirl, “Unusual Sounds” wastes no time getting to the point of what its about, as Carges and Levy harmonize from the start.

And as drummer Daniel Swan navigates them through a bouncy, lighthearted beat, they continue.

As “Unusual Sounds” progresses, it gets denser and denser. First, some horns show up, then bright, shiny guitar, maybe some music-hall piano and some “ahhhhhh” backing vocals. These things pop in and out of the mix at random points, as the song stops and starts at will. A some point theres a quick sax solo, because why not.

In the end, they just chant “got unusual sounds” over and over as all of the various instruments dance all around them until the song finally ends with the sound of the tape being stopped. Like I said, this never made it across my radar — though it’s entirely possible that the album made it to KFSR just after I quit — but I’m sure glad I got to discover them later.