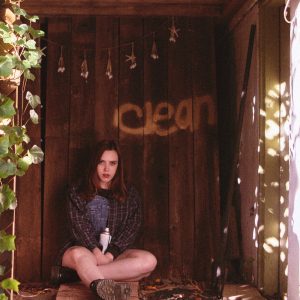 Near the end of the last decade, there was a microtrend of young female artists who got noticed by writing “songs” based around “guitars.” Some of them, like Courtney Barnett, made music under their own names, others like Sophie Allison, recorded under band names, in her case, “Soccer Mommy,” a phrase that is older than she is. But, intentionally or not, ties her back to the 90s, when that was a new term.

That said, the second single from her 2018 breakthrough, Clean, deals with a subject as old as time, open admiration of the cool girl over there. Yeah, that one.

“Cool” starts with a tiny churning guitar, hanging out in the background, as Allison sings the opening verse.

Mary has a heart of coal
She’ll break you down and eat you whole
I saw her do it after school, she’s an animal

And as the rhythm section comes in with a sparse beat, she continues.

And she won’t ever love no boy
She’ll treat you like a fucking toy
She’ll break your heart and steal your joy, like a criminal

The magic of “Cool” is in the chorus, Allison putting a serious amount of thirst into her vocals throughout.

And of course they know it, because after the second verse, they repeat the chorus a couple more times, with the instrumentation getting thicker and thicker each time. Finally, the whole song breaks down for a couple of measures, and when it starts up, there’s some really awesome tape effects that stretches out the guitar playing the hook from that chorus, until “Cool” just kinda implodes into itself.

That said, songs like “Cool” drove Clean to nearly every top albums list in 2018, and set up Soccer Mommy for a pretty bright future.