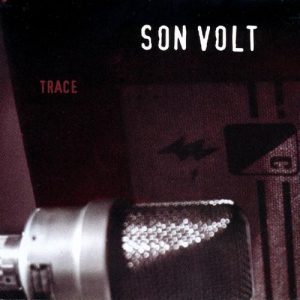 The first time I saw Son Volt was when Rox & I saw them at the Fillmore in March of 1996, and they — and the opening band, Blue Mountain — were really good, and the set list was pretty much all of Trace, and a wide sprinkling of Uncle Tupelo songs to boot. Which was kinda cool, since I never got to see Uncle Tupelo.

That said, we were still doing to comparisons to Wilco at the time, and the Wilco show that Rox and I saw a few months prior at Slim’s is still one of the greatest shows I’ve ever seen (as was the second time, at the Great American Music Hall). Obviously, I’ll discuss all of this when we get to Wilco in, let’s say, 2024, but it was clear that Jay Farrar really had no other interest outside of playing his songs for you. Honorable, of course, but maybe less fun in concert, too.

Anyways, one of the highlights of the evening was “Route,” which features Farrar and Jim Boquist trading fuzzy guitars back and forth, and opens with the memorable “reality, it burns,” before going into one of the more despondent choruses of his career.

And as always for me — and indeed, what got me into Uncle Tupelo in the first place — what sold it was Farrar’s voice: utterly dripping with sincerity. When he sings “it’s now or never / too close to the latter” you absolutely believe he believes each and every word.

Like “Windfall,” “Route” is an on-the-road song. I mean it’s right there in the title. But unlike “Windfall,” the route taken on “Route” feels more like a trip through hell — at one point, Farrar sings about “living on sleep deprivation”, but before you start worrying too much, the guitars kick in and you forget that there was even a problem in the first place.