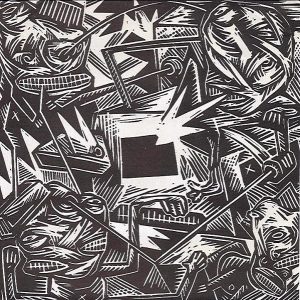 Snake in it, jack into the wall
TV amp on fire blowing in the hall
Gun your sled, close your peeping toms
Turbo organizer cranking on the knob

You got it
Yeah, ride your silver rocket
Can’t stop it
Burnin’ hole in your pocket

I’m not totally sure what “Silver Rocket” is about — sex, drugs, Neuromancer? — but I am totally sure I don’t care, because I get off on the sheer visceral viscerality of the whole thing, the way it just pummels and pummels before totally collapsing into itself with a hailstorm of white noise about 90 seconds in. This, remember, was a single. Which is why the white noise part only lasts for about 30 seconds, as Moore’s original riff and a long long long Shelley snare roll bring it back to the land of songs.

After that, it’s a couple more verses and choruses, and then “Silver Rocket” crashes into the Sprawl.