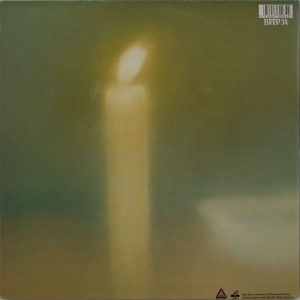 “Candle” shows up on side three of Daydream Nation, which — in the grand tradition of double albums — is where some of the weirder stuff starts happening. And indeed, “Candle” is on the same side as two thrashier Lee Ranaldo songs and comes on the heels of “Providence,” which took a Mike Watt answering machine message about weed, and layered it with static, thunderclaps and stark piano. And so “Candle” was almost a callback to the first half of the record, though I’m not really sure what Thurston Moore is on about here.

I see a dog star jiving like he’s magic snatching
It keeps me up awake, a crystal cracking
I can’t wait, I can’t stay a candle
Gotta change my mind before it burns out

It could be an oblique reference to how their relentless work ethic was taking a toll, or it could be a drugs reference. Or something else, entirely. All I know for sure is that when they get to the chorus, it just might be the catchiest thing on the whole record, especially when they glide into the chorus, Lee Ranaldo’s guitars winding hook after hook after hook around the words.

Of course, there’s a price to pay for all of the prettiness of the opening guitar strums and the chorus, and that price is a breakdown into a squall of ugly white noise and half-time drum fills in the middle of the song, after which Thurston sings:

Once again, not sure what it all means, but I’m guessing that longtime SY fan Keanu Reeves got the name for his band from this song. And one hint might be when, in 1993, Thurston said “this is for Neil Young” as a way of introducing the song, making it yet another riff on Neil’s immortal “it’s better to burn out than it is to rust.”