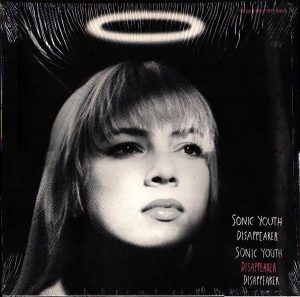 Which seemed to help out my theory. As did the rave-up in the middle, full of spacey guitars that made — to me — proper alien spaceship noises.

Wrong!! Apparently “Disappearer” is about how signs, both literal and man-made, fuck with your perspectives, which was reinforced by the video made by Todd Haynes.

But, of course, I never saw the video made by Todd Haynes until much much later, when I bought a Sonic Youth video collection on DVD and was surprised that there was a video for “Disappearer” in the first place. And in fact, it turns out that the made videos for nearly the whole album, a thing that never happened again, of course. As the second single from Goo, and a pretty catchy song, as well, you might have expected that it would have built on the momentum of “Kool Thing,” and you would be dead wrong.