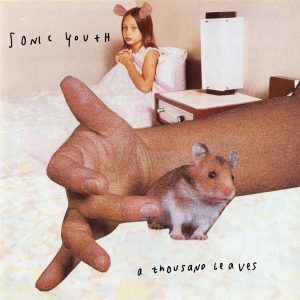 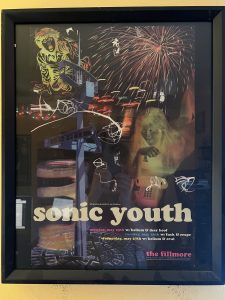 A Thousand Leaves was their first album recorded in their homegrown Echo Canyon studios, which they paid for with their Lollapalooza money, and because of the freedom contingent with having their own studio, most of the songs on A Thousand Leaves are long and meandery. Sure, there are some more uptempo jams, like “Sunday,” but the average song length was 6:38, and it wasn’t the easiest Sonic Youth record to get into, though I did love the live interplay of Lee Ranaldo and Thurston Moore’s guitars throughout.

And while my favorite song on A Thousand Leaves, Lee Ranaldo’s “Hoarfrost,” is one of the shorter songs on the record, it’s also one of the most meandery, with the lyrics literally about wandering around.

But my favorite part is the chorus, which answers a question not asked in the song, but the second you hear the answer, you know what the question is.

There are no breakdowns or rave-ups in “Hoarfrost.” Just the sound of a crack band quietly interacting with each other, making a quietly gorgeous sound, and totally getting there.