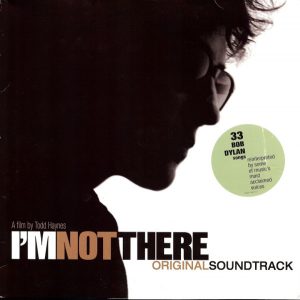 Todd Haynes’s utterly stellar Bob Dylan mythopic, I’m Not There, was accompanied by a soundtrack of Dylan covers that actually had some really good interpretations of his songs, something that wasn’t necessarily guaranteed.

But whether it was Jeff Tweedy covering “Simple Twist of Fate” as if it was on Desire instead of Blood on the Tracks; the Hold Steady pretending like they were the 1973 E Street Band covering “Can You Please Crawl Out Your Window?,” or John Doe leveraging his gorgeous voice to making “Pressing On” born again, the best covers honored the source material while adding different dimensions on it. Like a cover is supposed to do.

And then there is Sonic Youth’s cover of “I’m Not There,” the enigmatic Basement Tapes track that starts in mid-verse — you can picture Garth Hudson rushing across the room to turn the tape recorder on — and rambles forth for nearly five minutes about what I think might be a broken relationship, Dylan slowly but emphatically spouting verse after verse. Formless, weird, mesmeric and utterly grand.

And Sonic Youth, with Lee Ranaldo and Thurston Moore’s guitars soaring and searching in the background, the bass of Kim Gordon (and maybe Mark Ibold from Pavement, who’d joined Sonic Youth for the Rather Ripped tour) big and billowy and Steve Shelley providing forward momentum, Sonic Youth’s “I’m Not There” is all of those things Dylan and the Band’s version is, though not quite as mythic.

Her smile is contagious, I was born to love her
But she knows that the kingdom waits so high above her
And I run by the race but it’s not too fast stayed
But I got the fever I’m not there, I’m gone

This being Sonic Youth, the guitars get louder as the song progresses, though they never quite overpower Thurston Moore, who is singing. Though I do wonder why Moore is singing and not avowed Dylan fanatic Lee Ranaldo. How avowed of a Dylan fanatic, you might ask? Well, he did an absolutely fantastic cover of “Visions of Johanna” with Shelley on drums, Mike Watt on bass and Robert Quine joining him on guitar.

In any event, it might just have come down to the fact that Moore is the best singer in Sonic Youth, and that made sense instead of the guy reportedly bought Dylan’s “Love and Theft” in New York City on the day it came out: Sept 11, 2001.