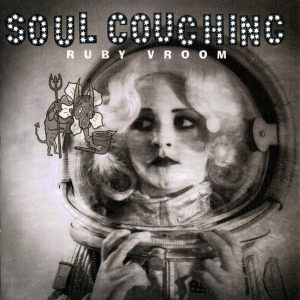 An unlikely amalgam of hip-hop beats, jazz basslines, beat poetry and samples galore that the band themselves called “deep slacker jazz,” Ruby Vroom set a (very small) world on fire when it came out. And while there were some similarities to Beck’s Mellow Gold, which was setting a far larger world on fire, Soul Coughing was definitely a band, as opposed to a solo artist plus studio musicians. Though, if you watch the live video below, they also almost seem to affected and pretentious for me to like them. But this song kills too much for any of that to matter.

Though not a very happy band. After three albums, the break-up was so acrimonious that frontman M Doughty added the “ike” to his first name and didn’t perform Soul Coughing songs for quite some time as he launched a solo career that included the immortal “No Peace, Los Angeles,” which I’ve always seen as a sequel to this song.

Or if not a sequel, then a soulmate, as both songs are unsparingly harsh looks at L.A., and “Screenwriter’s Blues” came around at the exact moment where I was visiting Rox in Hollywood on a regular basis, and learning about Los Angeles at the same time, which like Lee Ranaldo, seemed to me like the most confusing place on earth. A place I never wanted to live, and this song was exhibit A.

All of this is done over drummer Yuval Gabay’s funky drums and Sebastian Steinberg’s upright bass, while Mark de Gli Antoni samples some ancient horns during the verses and adds nervous, chittering keyboards every time Doughty declaims “it is 5 AM, and you are listening to Los Angeles.” Also totally awesome: every single time Doughty says “radioman.”

This last verse is as brilliant and brutal as lyrics get, topped by “the sun has charred the other side of the world and come back to us,” a phrase that just kills me each and every time I hear it. Also, you know that none of this stuff the titular screenwriter wants to happen will come to fruition. And in fact, he’s probably gonna end up being like the junkie in “No Peace, Los Angeles,” wandering down Wilshire looking to score, another victim of this city that loves love.